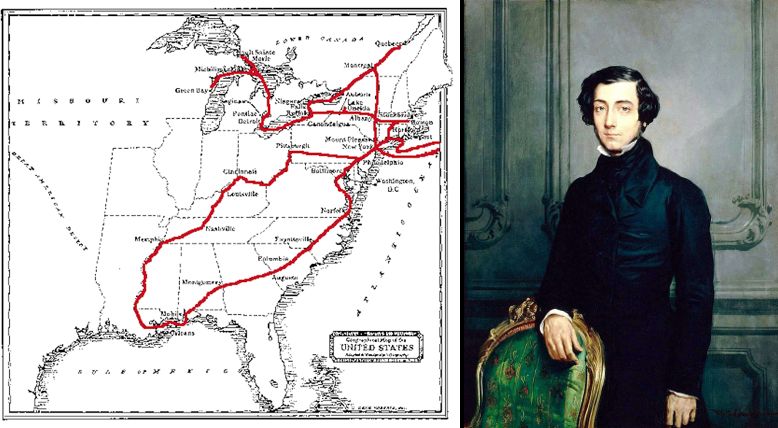 In 1831, a 25-year-old Frenchman Alexis de Tocqueville and his friend Gustave de Beaumont visited the United States of America to study the new nation’s prisons. For over nine months the two traveled through the US, observing and interviewing its citizens. The result of that journey is the most famous book ever written on American politics and culture, Democracy in America. In this colloquium we will read this classic text and wrestle with Tocqueville’s efforts to understand the meaning of America and the significance of democratic equality in the modern world. Along the way we will to explore the role of slavery and race in the US, the genocide of Indigenous peoples, gender roles and the family, the relationship between religion and democracy, the importance of citizenship, voluntary associations, and local government, the dangers of individualism, the power of the comparative method, and the import of American exceptionalism.

Wikipedia is a great resource for getting general info about something, but because anyone can contribute or change its content, it is sometimes considered unreliable.  It is a good place to start your research, but it is best to double check what you find against other sources.

Consider consulting the library's print or electronic encyclopedias, dictionaries, or other reference books to backup the basic information of your paper.  Reference books can provide a general overview of a topic and help identify synonyms, related terms, or basic data; these sources often include references and lists of further readings.  Additionally, these resources have typically gone through an editorial process to check for accuracy.  To the right and below are some resources that may be of use.