Strategies used to incorporate research skills for the College of Arts and Sciences and the Graduate School of Management. 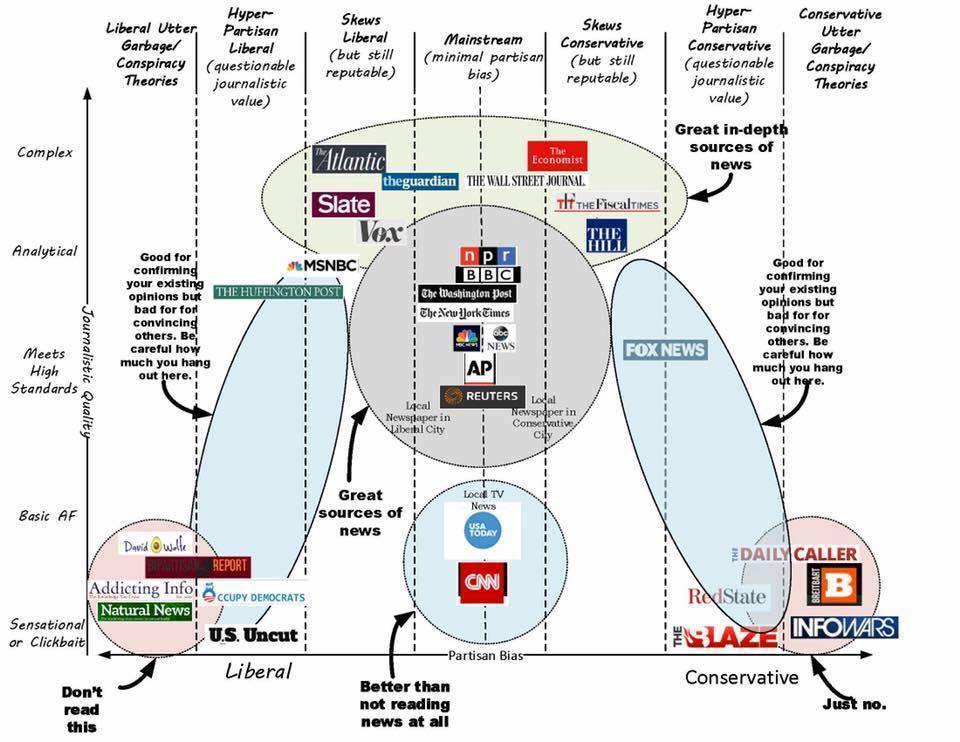 While not entirely accurate, this graph helps visualize how news media can be biased.

Fake news may be a bad thing, but not all bad news reporting is "fake."

Six Questions to Tell What Media to Trust

From traditional news print sources to social media and email, ask these six questions to unlock whether something is trustworthy. It’s easier than you think, and they will make you a more critical thinker and save you from being misled.

This process of critical thinking about media is something we all do. When you decide what to click on, what to read, and when you lose interest and stop reading, you are making critical decisions about what matters and what you trust or what you don’t understand. These six questions are the same ones that editors and producers in the media world use to edit stories and make up web pages.

Tools and Resources to Spot False Information or Biases 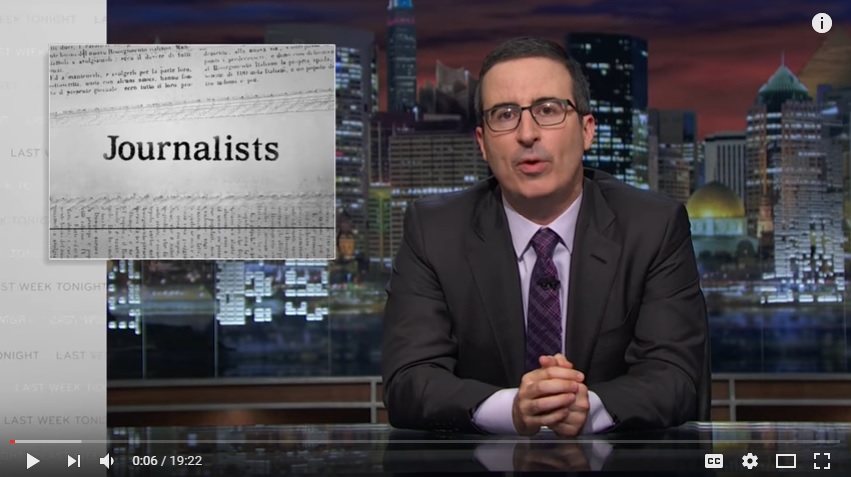 In this lengthy YouTube video (19:22), comedian John Oliver of Last Week Tonight, humorously discusses the importance of journalism, and how heavily relied upon our society is upon it. Funding deficiencies have led to fewer reporters covering the state house, local issues, scientific findings, or the federal government. The Fourth Estate is a shadow of what it once was thanks to abundance. This was not what we thought would happen.