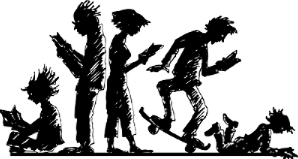 ABOUT THE BOOK:  In Jason Mott’s Hell of a Book, a Black author sets out on a cross-country publicity tour to promote his bestselling novel. That storyline drives Hell of a Book and is the scaffolding of something much larger and urgent: since Mott’s novel also tells the story of Soot, a young Black boy living in a rural town in the recent past, and The Kid, a possibly imaginary child who appears to the author on his tour.

As these characters’ stories build and build and converge, they astonish. For while this heartbreaking and magical book entertains and is at once about family, love of parents and children, art and money, it’s also about the nation’s reckoning with a tragic police shooting playing over and over again on the news. And with what it can mean to be Black in America.

Who has been killed? Who is The Kid? Will the author finish his book tour, and what kind of world will he leave behind?  Unforgettably told, with characters who burn into your mind and an electrifying plot ideal for book club discussion, Hell of a Book is the novel Mott has been writing in his head for the last ten years. And in its final twists it truly becomes its title.

Jason Mott has published four novels. His first novel, The Returned, was a New York Times bestseller and was turned into a TV series that ran for two seasons. He has a BFA in Fiction and an MFA in Poetry, both from the University of North Carolina at Wilmington. His poetry and fiction have appeared in various literary journals, and his most recent novel, Hell of a Book, was named the winner of the National Book Award for Fiction, 2021.

Note: Information above is from the publisher's website: https://www.penguinrandomhouse.com/books/670375/hell-of-a-book-by-jason-mott/