IDS 101: The Creation and History of Middle Earth: Fun

These are quotes from The Silmarillion shared through Goodreads:

“It is said by the Eldar that in water there lives yet the echo of the Music of the Ainur more than in any substance that is in this Earth; and many of the Children of Ilúvatar hearken still unsated to the voices of the Sea, and yet know not for what they listen.”

“Many are the strange chances of the world,' said Mithrandir, 'and help oft shall come from the hands of the weak when the Wise falter.”

“All have their worth and each contributes to the worth of the others.”

“Among the tales of sorrow and of ruin that came down to us from the darkness of those days there are yet some in which amid weeping there is joy and under the shadow of death light that endures. And of these histories most fair still in the ears of the Elves is the tale of Beren and Lúthien”

“For if joyful is the fountain that rises in the sun, its springs are in the wells of sorrow unfathomable at the foundations of the Earth.”

“Farewell sweet earth and northern sky, for ever blest, since here did lie and here with lissom limbs did run beneath the Moon, beneath the Sun, Lúthien Tinúviel more fair than Mortal tongue can tell. Though all to ruin fell the world and were dissolved and backward hurled; unmade into the old abyss, yet were its making good, for this― the dusk, the dawn, the earth, the sea― that Lúthien for a time should be.”

Below is a high resolution interactive map of J.R.R. Tolkien's Middle-earth. In the menu to the right you can show events, places and character movements. 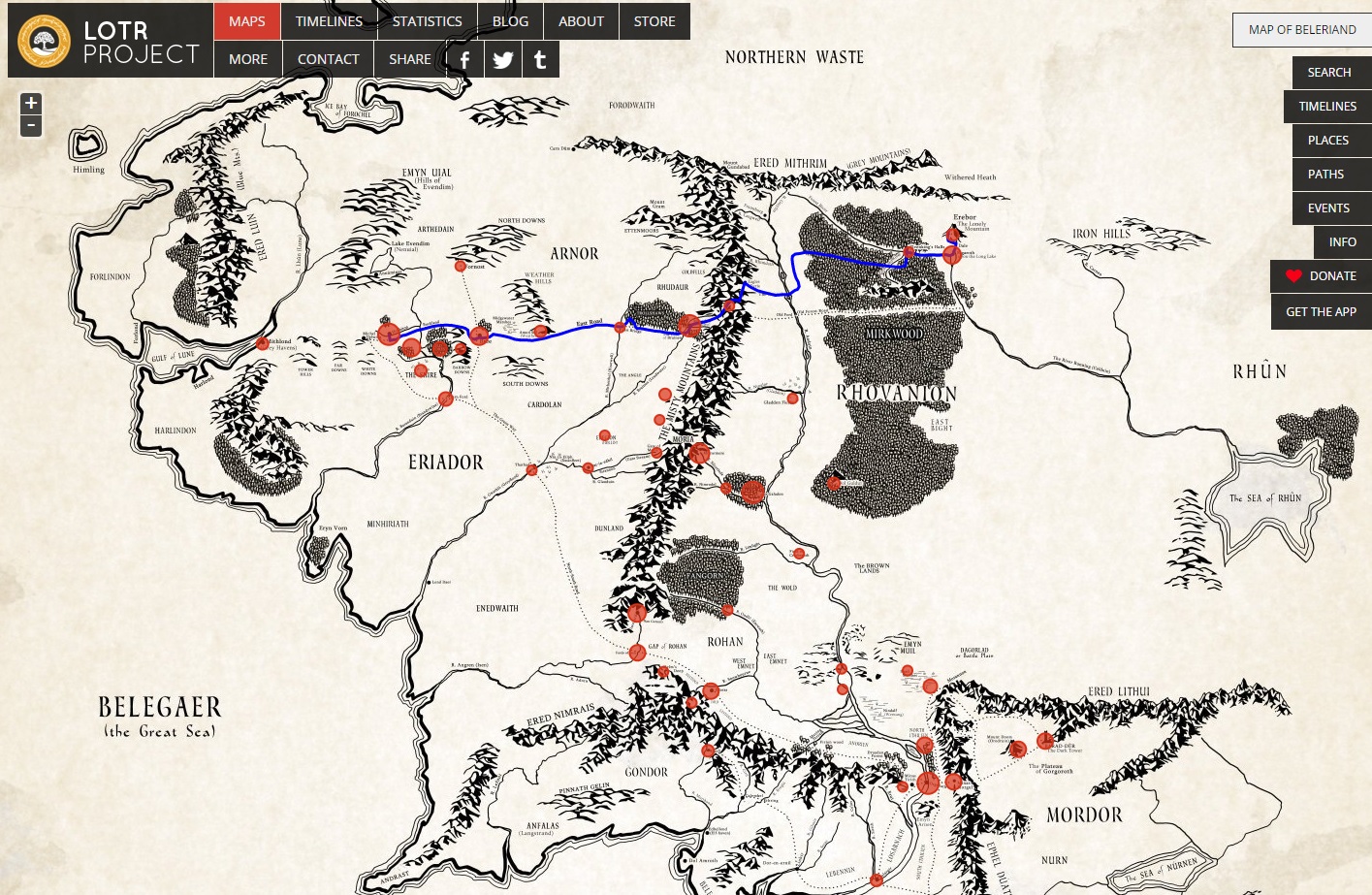 Messed up Mountains of Middle Earth 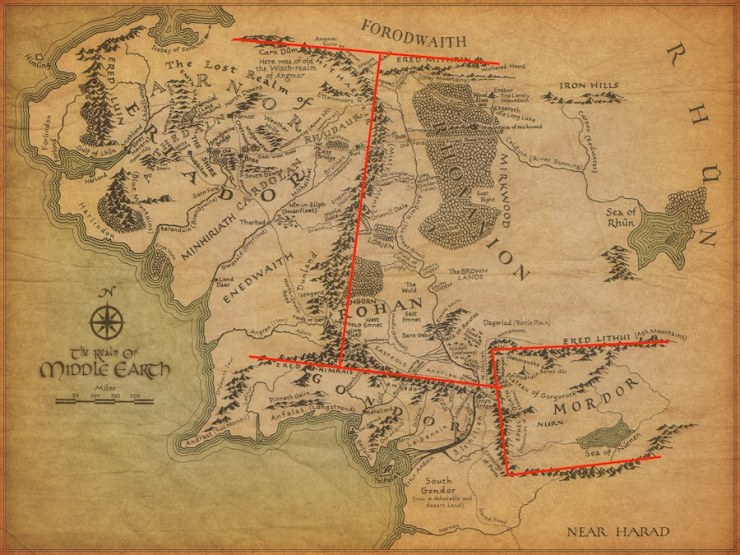 Knowing the basic mechanisms of continental movement as outlined in this blog post, you can look at a map and see how the mountain building comes together. A lot of it's on those active margins, where oceanic crust is subducting under continental crust. When you get mountains cutting in the middle of continents, it shows where there were continent-continent collusions, with the mountains acting like sutures and tying the land masses together. Which brings us back to the map of Middle-earth. There’s some weird stuff going on with these mountain ranges. To illustrate, some lines have been added to the map above so you can more clearly see what is happening. Notice the right angles...

Pinterest is a great place to look for concept art.  Here are a few links that focus on the Lord of the Rings, Middle Earth, and the Simarillian. 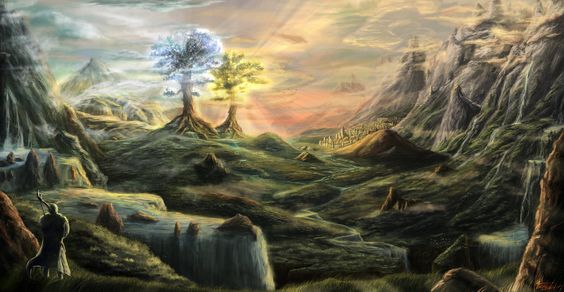 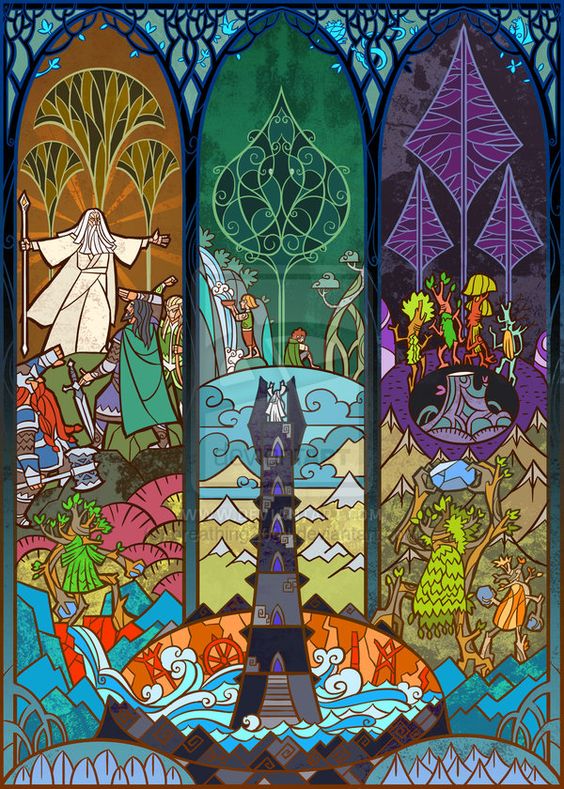 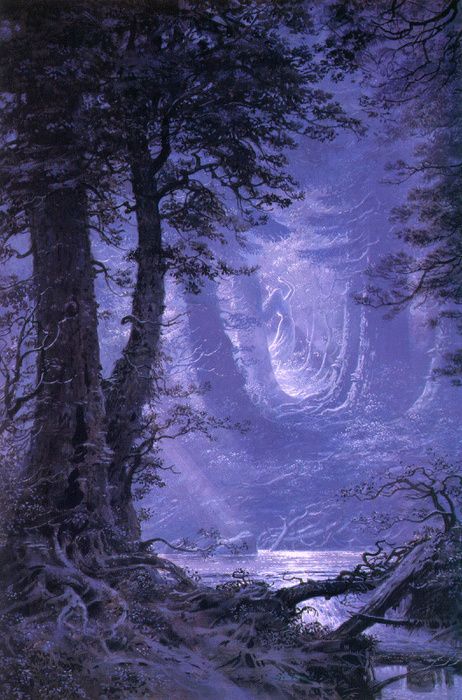