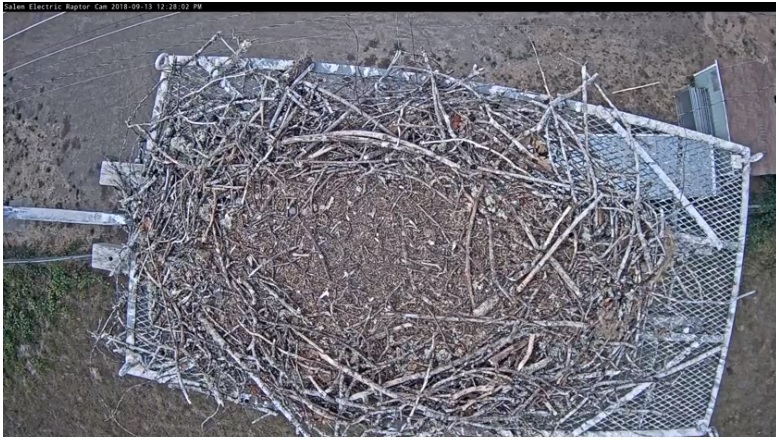 Salem Electric installs nesting platforms in their service area to provide a safe location for raptors to nest and hatch their young. The platforms help prevent osprey from coming in contact with power lines which would harm the birds and cause a power outage. In 2018 a new platform and camera were added near Walker Middle School to provide a close-up view of their activity when they arrive each spring. To view previous images of the osprey on their nest, drag the red dot on the timeline to the left until you find the thumbnail you’d like to view. 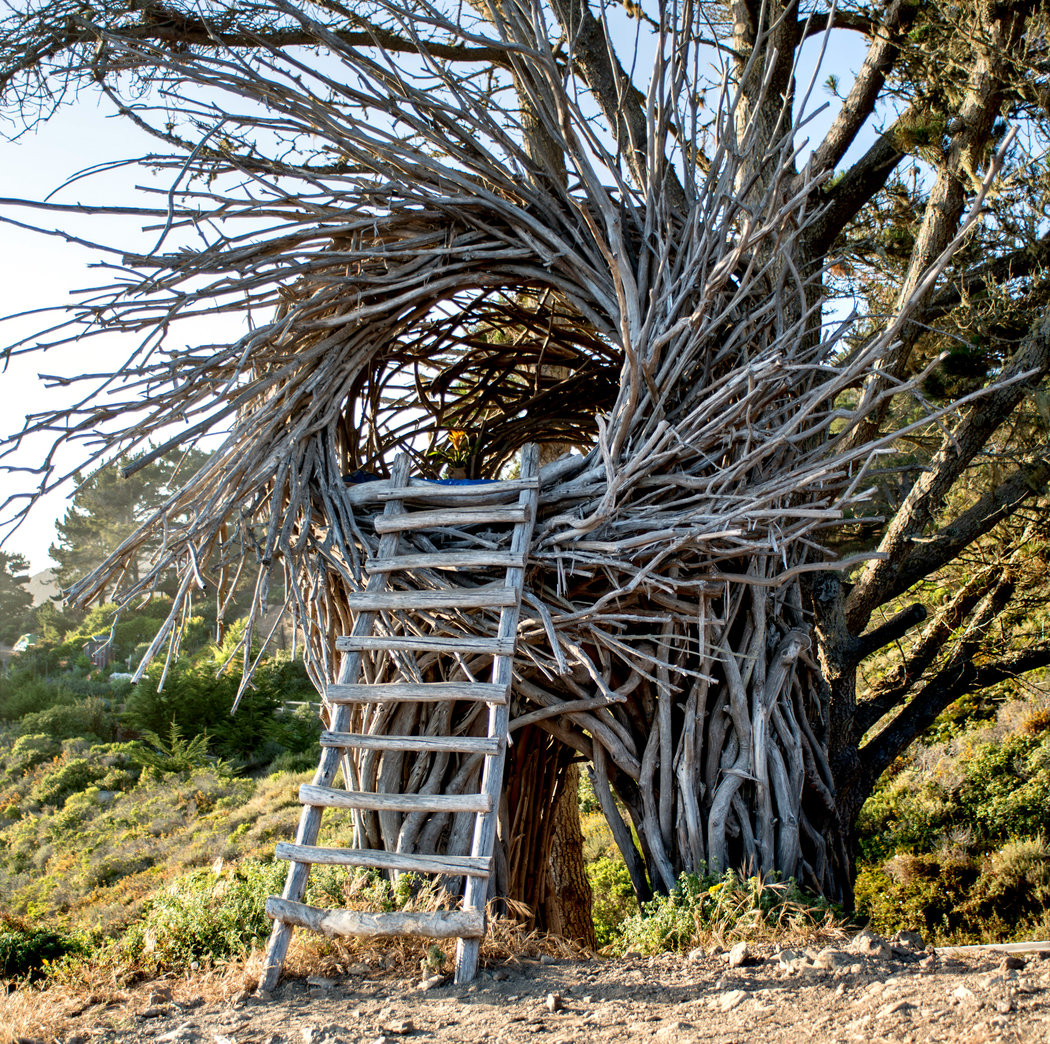 Some people are professional nest builders... for humans. The New York times has a wonderful article on this phenomenon, and highlights several individuals who are viewed as nest makers, artists, environmentalists, community educators, and entrepreneurs.  Below are some images of other spirit nests from artist Jayson Fann. 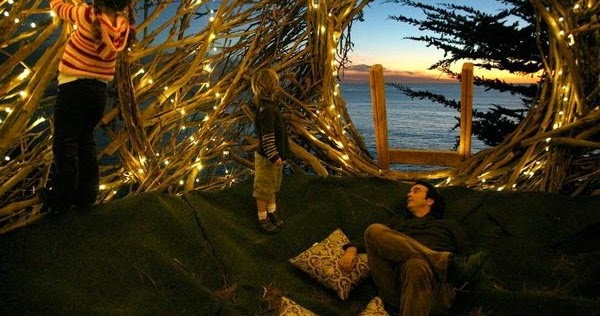 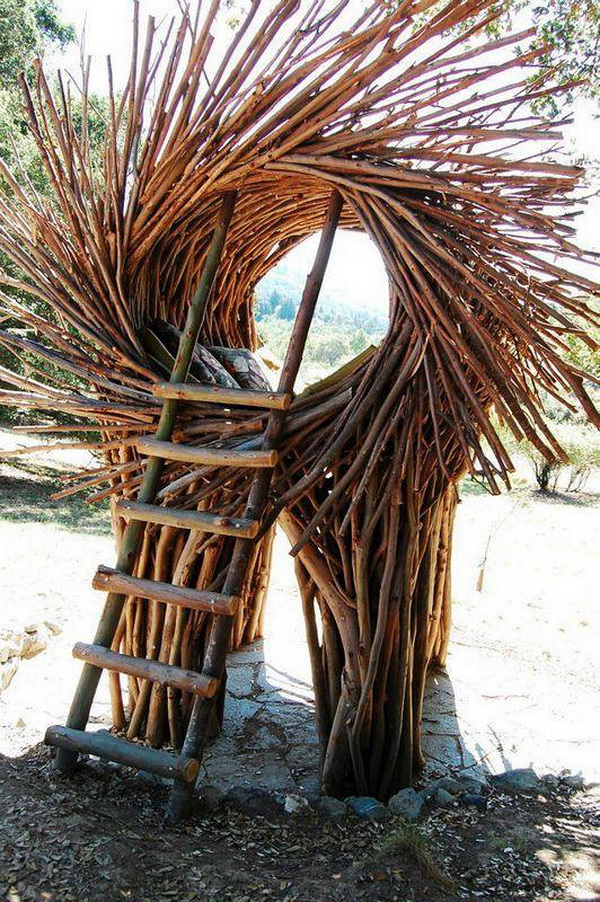 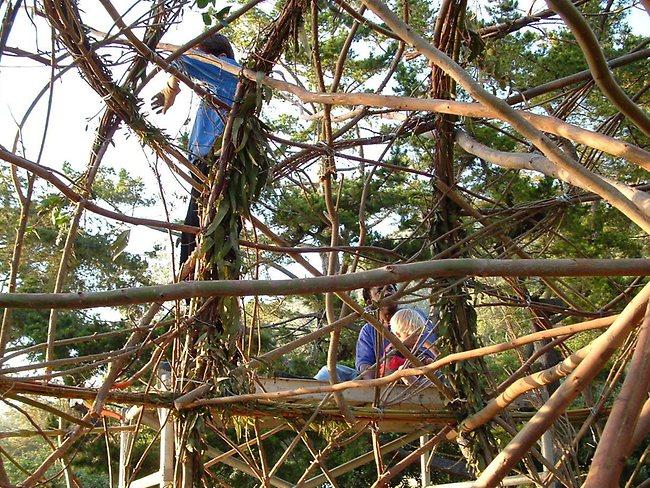