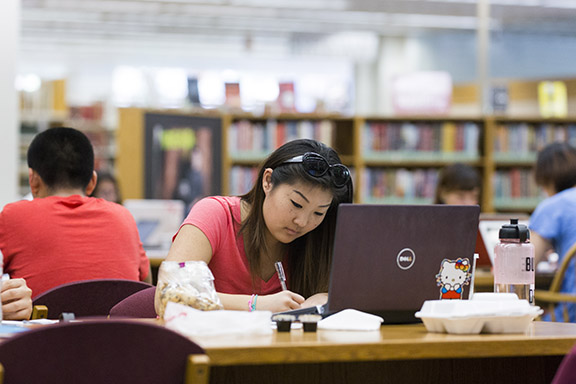 Having problems writing your paper?  The Writing Center offers individual appointments with a writing consultant. Writing Center Consultants will give honest feedback about where the writing confuses them, or loses them, particularly interests them, leaves them needing additional explanation or support, and the like. They can help writers to organize their arguments more effectively by asking them, for example, what the organizing principle at work in the current draft is.

The American Psychology Association (APA) style is designed for the social & life sciences (e.g. psychology, anthropology, medicine). These examples are adapted from the Publication Manual of the American Psychological Association.  The print edition is located in the citation manual collection by the reference desk (Call number: Reference BF 76.7 .C66 2005, p177-190).

You will need to cite your sources in two places within your paper: in-text and bibliography
Part I outlines how to cite a source in the paragraph where you have quoted, summarized, or paraphrased from the source (called an in-text citation)

Part II outlines how to create an list of references, known as a bibliography, at the end of your paper that lists anything you cite.

PART I- CITATIONS IN TEXT

You must cite the source of either a quotation or paraphrased material, regardless of the type of source: book, magazine or journal article, newspapers, etc. The APA uses the author-date method of citation; that is, the last name of the author and the year of publication are inserted in the text at the appropriate point.

Citing a work by a single author:

Citing a work by two authors:

When a work has two authors, ALWAYS cite both names every time you cite the work in the text of your paper.

Citing a work by three, four, or five authors:

When a work has three, four, or five authors cite all authors the first time the reference occurs; in subsequent citations, include only the surname of the first author followed by "et al." and the year it was published.

Citing a work by six or more authors

Citing a work without authors

When a work does not have an author, use the editor or organization name instead if it is available. When it has no identified author, cite in text the first few words of the reference list entry (usually the title) and the year. Use double quotation marks around the title of an article, a chapter, or a web page and italicize the title of a periodical, a book, a brochure, or a report.

Note: The second and subsequent lines of a citation should be indented five spaces.

Article or chapter in an edited book

Jordan, W. J., & Nettles, S. M. (1999). How students invest their time out of school: effects on school engagement, perceptions of life chances, and achievement (Report No. 29). Baltimore, MD: Center for Research on the Education of Students Placed at Risk. (ERIC Document Reproduction Service No. ED428174) 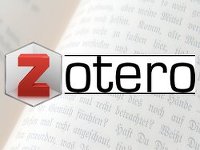 Zotero is a free, open source browser app that collects, manages, cites, and shares your research sources. It lives right in your web browser, and has a similar design to the iTunes library.

Students, faculty and staff have access to personal storage space on Willamette's network file server.  The NetFiles storage space can be used to store and back up data for classes, projects and academic research.  The file servers themselves are backed up regularly and data can be recovered in cases of local hard drive failures or accidental file corruption or deletion.  All members of the community are strongly encouraged to save any files that cannot afford to be lost to their NetFiles storage space.

The disk quota for each account is 10 GB.  You can check your current NetFiles disk usage online.

NetFiles makes daily copies of each stored file, called snapshots.  These snapshots are user-accessible so you can retrieve your own files from a previous version. Please contact the WITS Help Desk or your user services consultant for help accessing or using the snapshots.

The file server may be accessed from any computer that has network connectivity. It is similar to DropBox or other on-line storage services - and it's completely free.  Connecting to your NetFiles storage:

How to connect your Network Storage: